US chides China for 'destabilising' actions in SCS 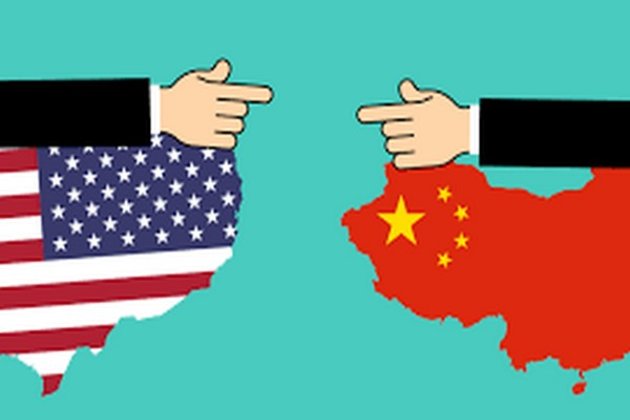 Washington [US], January 30 (ANI): The United States has slammed China for its military activities in the disputed South China Sea, saying Beijing actions reflect a continued Peoples Liberation Army attempt to use the military as a "tool to intimidate or coerce those operating in international waters and airspace".

The United States Indo-Pacific Command (INDOPACOM) said that Chinese military flights in the past week in the South China Sea "at no time" posed any threat to a US Navy aircraft carrier strike group in the region, Sputnik reported.

"The Theodore Roosevelt Carrier Strike Group closely monitored all People's Liberation Army Navy (PLAN) and Air Force (PLAAF) activity, and at no time did they pose a threat to U.S. Navy ships, aircraft, or Sailors," INDOPACOM spokesperson, US Navy Captain Mike Kafka, said in a statement on late Friday.

He also described the intensified Chinese activities in the region as the latest example of "aggressive and destabilising actions".

"These actions reflect a continued PLA attempt to use its military as a tool to intimidate or coerce those operating in international waters and airspace, to include their neighbours and those with competing territorial claims," Kafka said.

The INDOPACOM spokesperson pointed out that the United States would continue to fly, sail and operate in any area where it is allowed by international law.

"The U.S. has a persistent military presence and routinely operates throughout the Indo-Pacific, including the waters and airspace surrounding the South China Sea and East China Sea, just as we have approached the region for the past 240 years. Our operations are a continued demonstration of our willingness to support a free and open Indo-Pacific for all nations under international law," he added.

China claims almost all the energy-rich waters of the South China sea. It has established military outposts on artificial islands.

Brunei, Malaysia, the Philippines, Taiwan and Vietnam also have claims to parts of the sea.

The waters have also become a flashpoint in the Sino-US relationship.

The United States regularly accuses China of militarising the South China Sea and trying to intimidate Asian neighbours who might want to exploit its extensive oil and gas reserves. (ANI)