'World democracies should stand with India amid Ladakh face-off' 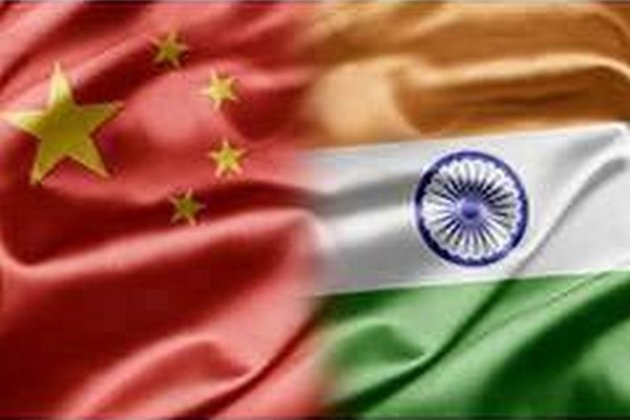 New York [US], June 23 (ANI): As Beijing flexes its military muscles amid the COVID-19 pandemic, a U.S. based researcher has asked the world democracies to work together to find a strategy that ceases to empower President Xi-Jinping's Communist China.

Dr. Jonathan D. T. Ward, the author of China's Vision of Victory and the Founder of Atlas Organization, called the clashes between Indian and Chinese troops on June 15 as the first use of deadly force by the Chinese military against a neighbouring state in the 21st Century.

"While these events have taken many by surprise, General Secretary Xi Jinping has repeatedly made clear to the world that, as in the 20th Century, in this century too, the use of force will be an integral part of the Communist Party's approach to its region and to China's rise to power," he said.

In the decades following the founding of the People's Republic of China in 1949, Communist Party leaders used the Chinese military not only against India, but also the United States, Vietnam, Taiwan, the Soviet Union, and the United Nations Command in Korea, an international force comprised of troops from nations including the United Kingdom, Thailand, Canada, Australia, New Zealand, Turkey, Colombia, and Ethiopia.

To use an example of the years just after 1949, the People's Liberation Army prepared an invasion of Taiwan, fought United Nations troops in Korea, and entered Tibet.

Dr. Jonathan, who earned his PhD in China-India relations from the University of Oxford, said, "In 2020, we have not reached the bloody days of Maoist China, but we must remind ourselves that China's leaders today consider themselves direct heirs to the Maoist program of national resurrection, which brought conflict with multiple neighbours and bloodshed to the region".

He added, "This month's violence with India comes as Chinese power presses against all fronts: waging cyber-intrusions against Australia, introducing a stringent national security law in Hong Kong despite international agreements and against the protests of the international community, and probing the region militarily from the Taiwan Straits to the South China Sea, all against the backdrop of a global pandemic which has now claimed hundreds of thousands of lives worldwide".

China's military buildup has alarmed the region, and Xi Jinping has made regular statements that glorify the use of force.

To use his words from 2017: "All must be done with the ultimate goal of improving battle command capacities and measured by the standards of being able to fight and win wars." And in 2018: "We are resolved to fight the bloody battle against our enemies...with a strong determination to take our place in the world." Xi sees himself as the heir to Mao, the man who will, at last, deliver on the mission to restore China's central position in world affairs.

Dr. Jonathan said, "While Indian soldiers have perished in the high Himalayas, we should remind ourselves that it was India's first Prime Minister, Jawaharlal Nehru, who recognized the dangers of a China that was willing to use its military freely. Seventy years ago, Nehru set his China policy on a path of engagement to avoid the dangers of an isolated China".

India's first Prime Minister Jawaharlal Nehru believed that if Communist China was allowed to be an outcast in Asia, the war would be far more likely in the region. His solution was engagement.

However, in spite of such earnest efforts, China soon went to war with India in the Himalayas.

Today, the world has reached a critical juncture with China, and the stakes are far higher than the territories which the People's Liberation Army presently occupies in the Himalayas or the seas where China's maritime forces pressure other neighbours.

Like Nehru before them, many of this century's world leaders believed that an isolated, aggrieved China would be a danger to world peace, and so, our post-Cold War decades were spent integrating the People's Republic of China, economically, diplomatically, and technologically, into the rules-based order. Prosperity was meant to bring peace. Like Nehru, all saw the alternative - the isolation of authoritarian China - as too dangerous to contemplate.

"While the weapons used at the Galwan Valley are said to be sticks, clubs, bats and bamboos with nails, Xi builds a military that is designed to do far worse, and China has accelerated, not abandoned, its commitment to "national rejuvenation" whether it will come at the cost of violence or not", said Jonathan.

He added, "The world's democracies today still have time to change course. Three decades on from the end of the Cold War, the lesson of Galwan in 2020 is that major power violence has returned. If we wish to prevent its further advance, we will have to work together to find a strategy that ceases to empower Xi Jinping's China". (ANI)