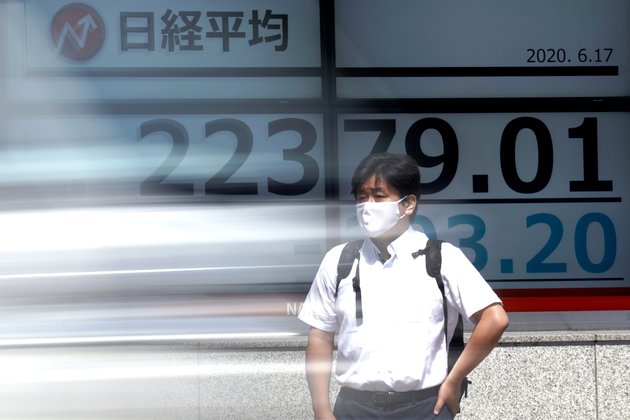 Worries over a surge of coronavirus cases in the United States and other nations have sent global financial markets mostly downward Monday.

The Sensex in Mumbai closed up 0.5%, while Taiwan's TSEC index was 0.2% higher. Both Australia's S&P/ASX and Shanghai's Composite indices were virtually unchanged.

Markets are reeling after the World Health Organization on Sunday reported 183,000 new COVID-19 cases worldwide -- the largest one-day increase since the outbreak began.