James Anderson to train at Manchester City to recover from injury 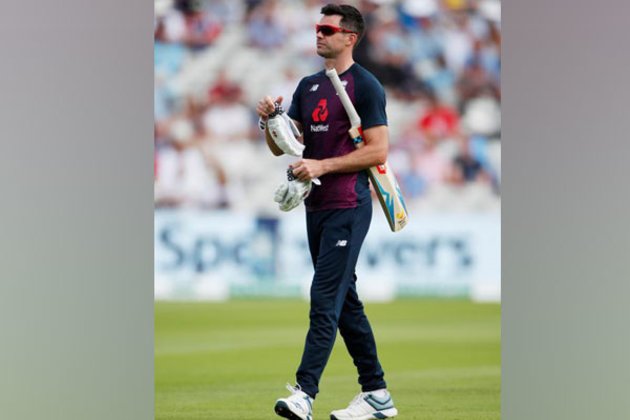 London [UK], Oct 10 (ANI): England pacer James Anderson is all set to train at Manchester City in a bid to recover from the calf injury he picked up during the first Test of Ashes series.

The pacer will be swapping Old Trafford for the Etihad Stadium (home ground of Manchester City), ESPN Cricinfo reported.

The agreement with Manchester City will allow Anderson to use the facilities at the Etihad campus for the next two months. He will be accompanied by England's head of strength and conditioning Rob Ahmun.

The pair met with City's head of sports science, Sam Erith, on Tuesday to discuss the arrangement. Anderson has also previously trained in the off-season at Burnley.

The 37-year-old Anderson was able to bowl just four overs in the first Test against Australia at Edgbaston and later walked off the field after suffering the same injury he first sustained while playing for Lancashire at Sedburgh this year.

He has been left out of the England squad for two Tests against New Zealand later this year.

Anderson is the leading wicket-taker for England in Tests as he has 575 wickets to his credit. He recently surpassed former Australia pacer Glenn Mcgrath to become the most prolific seam bowler of all time. (ANI)