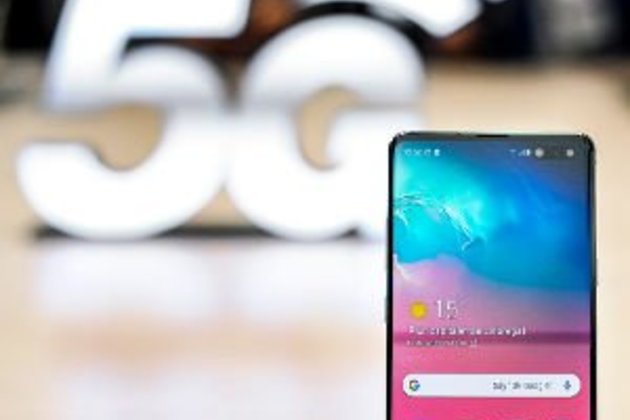 Samsung and Huawei took turns announcing new mobile processors at the IFA technology show in Berlin last week, and the big thing the new chips have in common is an integrated 5G modem.

In a market dominated by US rival Qualcomm, the world's two biggest smartphone manufacturers asserted a lead in delivering one of the keys to unlocking widespread availability of 5G devices. A system-on-chip that integrates the applications processor and a fifth-generation wireless modem significantly reduces the space and power requirements compared to existing solutions that use two separate chips.

Qualcomm has such models on its 2020 road map, but this past week Samsung announced it's planning mass production for its alternative at the end of 2019 and Huawei is moving even faster, promising to release its most advanced processor with the Mate 30 Pro smartphone on September 19.

The Kirin 990 5G from Huawei subsidiary HiSilicon is built at Taiwan Semiconductor Manufacturing and packs more than 10.3 billion transistors into a space the size of a fingernail. It includes a graphics processor, an octa-core CPU, and the all-important 5G modem, along with dedicated neural processing units for accelerating artificial intelligence tasks.

Slice of the mainstream market

Samsung's approach with its Exynos 980 is to target the mid-range. Along with 5G capabilities, this new chip integrates 802.11ax fast Wi-Fi along with Samsung's own NPU. It won't run apps and games quite as quickly as flagship chips, but should help the South Korean company garner a slice of the more mainstream market before Qualcomm brings out an armada of new 5G-capable chips next year.

Samsung's emphasis on this part of the mobile market was also signaled by its launch of the Galaxy A90 this month, one of the earliest examples of a mid-range device with 5G.

For its part, Qualcomm is promising to cover the entire range of price points and mobile device types with its 5G portfolio in 2020, however the world's premier mobile chip designer is finding itself behind its faster-moving rivals.

The silver lining to the trade war for Qualcomm, however, is that Huawei's Mate 30 Pro will struggle to sell in Europe so long as the Trump administration prevents it from offering Google services on new phones. Irrespective of how fast and advanced its Kirin 990 5G may be, the trade war will prevent Huawei from fully capitalizing on its capabilities and may, in fact, push the company to license the chip out to other smartphone vendors, such as Lenovo Group, which is not subject to the same sanctions.

If the US keeps Huawei on its blacklist, preventing it from buying American technology, the company faces further chip challenges. To develop successors to the Kirin 990, it needs to licence the latest designs from SoftBank Group's ARM, but that company discontinued work with Huawei because of the US ban.

Suit filed against Total for failure to limit global warming

PARIS - In a groundbreaking case in France, energy giant Total is being sued for allegedly failing to adequately fight ...

NEW YORK, New York - U.S. stocks were mostly higher on Tuesday after sharp falls on Monday.Stocks rebounded across the ...

As he faces charges of misusing more than $1 billion in state funds, the husband of Angolan billionaire Isabel dos ...

SYDNEY, Australia - Stocks in Asia remained in sell-mode on Tuesday, a day after stock market falls were felt across ...

Nike on Monday suspended the sale of Kobe Bryant merchandise on its online store, multiple outlets reported.According to ESPN, a ...

Suit filed against Total for failure to limit global warming

PARIS - In a groundbreaking case in France, energy giant Total is being sued for allegedly failing to adequately fight ...

As he faces charges of misusing more than $1 billion in state funds, the husband of Angolan billionaire Isabel dos ...

Survivors recount horrors of the Holocaust

When the Nazis invaded Poland, overnight, nine-year-old Theodor Meron became "a refugee, out of school, out of childhood and constantly ...

DUBLIN, Ireland - A 37-year old man and his 27-year old wife each been sentenced to around five years in ...