One Million March in Hong Kong Against Renditions to Mainland China 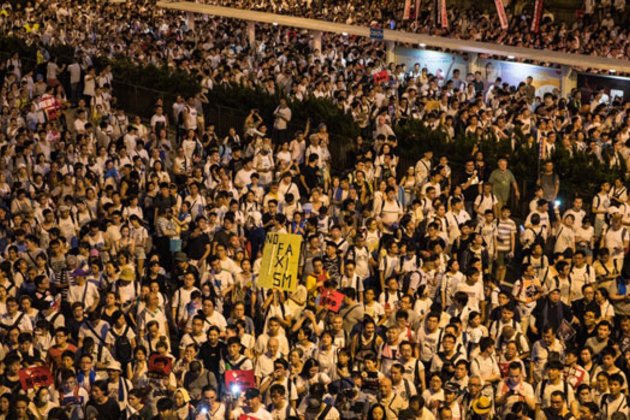 Hundreds of thousands of protesters clogged the streets of Hong Kong on Sunday in a mass demonstration of public anger over plans to allow the rendition of suspects to mainland China.

Organizers told RFA that more than a million people wearing white and singing protest songs brought traffic to a standstill, in the largest protest in Hong Kong since the former British colony's 1997 handover to China. Police said 240,000 people joined the protest against the controversial bill.

The protesters are opposing the amendments to the city's Fugitive Offenders Ordinance, which goes to a vote on June 12 and if passed will allow China to request the rendition of criminal suspects from the Hong Kong authorities in the absence of a formal extradition treaty.

The government's planned legal amendment-which the ruling Chinese Communist Party wants implemented "urgently"-has sparked widespread fear that the city will lose its status as a separate legal jurisdiction, and that rights activists and dissidents in the city could be targeted by Beijing for actions deemed illegal across the internal border.

Judges, lawyers, opposition politicians, rights activists, business groups, and journalists have all expressed vocal opposition to the plan, which will allow China to request the extradition of an alleged suspect from Hong Kong based on the standards of evidence that currently apply in its own courts.

The most likely jurisdiction to use the proposed provision is mainland China, which currently has no formal extradition treaty with Hong Kong, and Lam has tried to reassure people that legal safeguards will be used to safeguard the rights of suspects.

Lawyers who staged a silent protest on Thursday to raise awareness of Sunday's rally said the government's supposed safeguards are meaningless.

In the past month, there's been an outpouring of support for Black Lives Matter from America's largest corporations.You might have ...

NEW YORK, New York - Stocks in Asia were mostly on Wednesday, in line with the sell-off globally a day ...

Vouchers instead of refunds in case of canceled flights disappoint

One of the lessons the current coronavirus pandemic has taught us is that we depend on electronic devices more than ... 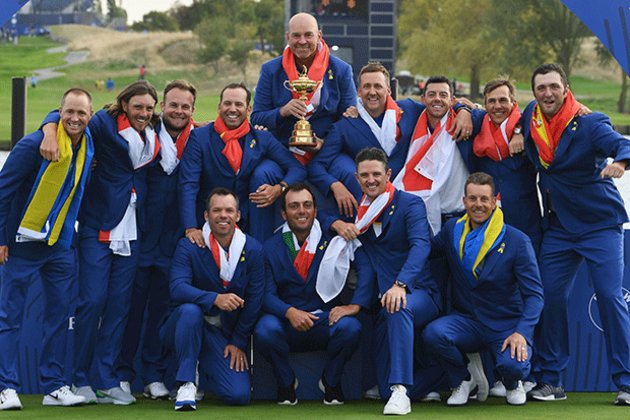 This year's Ryder Cup golf showdown between Europe and the United States was postponed to 2021 on Wednesday, becoming the ...

TEHRAN (Tasnim) - China on Wednesday defended the World Health Organization and lashed out at the US decision to withdraw ...

Bullying of International court and Bank of England laid bare

On January 9, 2020, Ambassador Karen Pierce-the United Kingdom's permanent representative to the United Nations-spoke at a meeting on the ...

Countries across the globe re-thinking reopening as coronavirus surges

As coronavirus cases around the world approach 11.5 million, governments are struggling with how to reopen their economies, leading some ...

North Dakota pipeline supported by Trump ordered to be closed

A U.S. federal judge ruled Monday that a controversial pipeline that runs through Native American lands in North Dakota be ...