Is a war coming between the US and Iran? 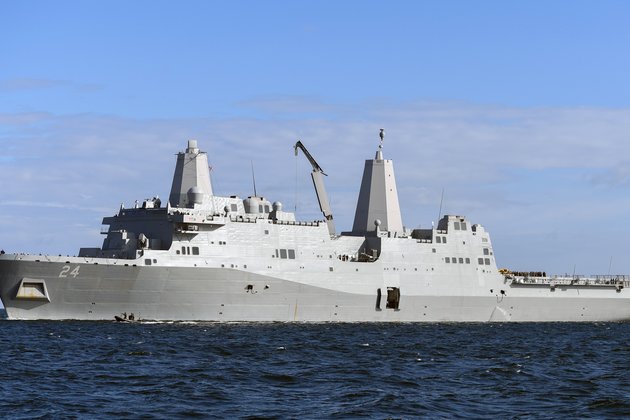 You can't say the world wasn't warned. In February, US National Security Adviser John Bolton - a leading proponent of the disastrous 2003 Iraq War - sent a video message to Iran's supreme leader, Ayatollah Ali Khamenei, 40 years after the creation of the Islamic Republic: "I don't think you'll have many more anniversaries to enjoy."

Propelled in large part by Bolton, the Trump Administration withdrew in May 2018 from the 2015 nuclear agreement between the US and the 5+1 powers - the US, UK, France, Germany, Russia, and China. In November, Washington imposed comprehensive sanctions on Tehran, including on the energy and financial sectors.

But Bolton was signalling unsubtly: we can inflict more damage if we wish. So how far will the Trump administration go? And is there an imminent threat of war between the US and Iran?

On May 13, after weeks of escalation, US Secretary of State Mike Pompeo and Iran's supreme leader, Ayatollah Khamenei, each took a rhetorical step back. In Moscow, alongside Russian Foreign Minister Sergey Lavrov, Pompeo said the Trump administration "fundamentally" did not seek a conflict. Addressing the president and other senior officials in Tehran the same day, Khamenei asserted: "Neither we nor they, who know war will not be in their interest, are after war."

Still, there were other combative words and steps on both sides. Khamenei jabbed: "In [its] policy of confrontation with the Islamic Republic, the US will definitely suffer defeat." For his part, Pompeo said: "We have also made clear to the Iranians that if American interests are attacked, we will most certainly respond in an appropriate fashion." Hours later, the administration ordered the partial evacuation of US embassy staff from Baghdad in Iran's neighbour Iraq.

Psychology of the drumbeat

The threat of war is not just on the Twitter timeline of US President Donald Trump. It is also in Pompeo traipsing through Europe, cancelling a meeting with the Germans - seen as too conciliatory towards the Islamic Republic - to twist the arm of the British to take action. And it is in the loudly-signalled move to the Persian Gulf of a naval strike group with the USS Abraham Lincoln and bomber aircraft in early May, and the positioning of more bombers in Qatar.

It is US administration officials telling The New York Times of a updated military plan tabled at a meeting of national security officials to send up to 120,000 troops to the Middle East if Iran attacks US forces or accelerates work on nuclear weapons - a plan ordered by Bolton and other hardliners. Trump subsequently dismissed the report but said that if he did decide to become more aggressive with Iran, the US would: "send a hell of a lot more troops than that."

But it is likely that all of this is for the illusion of war, rather than its launch. This is still jaw-jaw, but in the service of the US administration's non-military schemes to topple Iran's supreme leader.

The game - again far from subtle - is to break Iran's economy. While the US ratcheted up sanctions during the Obama administration, the aim was to bring the Iranians into negotiations over their nuclear programme. This time, the ever-expanding blacklist has no vision of talks for a renewed agreement. Its aim is to constrict Iranian production, trade, and investment, driving up unemployment and driving down the currency. In support of this, the US could update past covert operations, such as the Stuxnet computer virus, to disrupt nuclear and other operations and - as an Iranian engineer claims - attempt to take down Iran's power grid.

But what if the overt sanctions and covert sabotage don't bring about Khamenei's departure? The vision of Bolton and his compatriots, egged on by certain Iranian diaspora groups, may be that Iranians will take to the streets in many hundreds of thousands, as they did in the Green Movement after the country's disputed 2009 presidential election.

That vision is likely to be faulty. For almost a decade, the Iranian regime has decapitated dissent. The leaders of the Green Movement have been under house arrest since February 2011. Hundreds of activists, students, lawyers, labour leaders, and rights advocates are imprisoned or under perpetual threat of detention. Communications are still restricted, with further threat of punishment.

Many inside Iran are just trying to survive, and the mood is resignation. Assuming they did return to the streets, the motive for many was and is still likely to be reform of the system, not revolution - particularly if the US is pursuing regime change.

So what then? With Khamenei unyielding to any demand from the streets, will Bolton, Pompeo and co. conclude that the hammer has to fall? The gambit may be to make the Iranians make the first forceful move, and then act on the pretext of self-defence.

We could already be at that point. There is no sign yet of Iranian speedboats buzzing the US carrier and its bombers, or Iran closing the oil waterway of the Strait of Hormuz. But, on May 12 four commercial ships, including two Saudi tankers, were damaged off the coast of the United Arab Emirates (UAE) in what the country called a "sabotage" attack. Two days later, Saudi Arabia said two drones caused a fire at oil pumping stations. Attacks by Iranian elements or their proxies? "False flags" to blame Tehran? Under either scenario, an escalation to more violent acts is possible.

There are many logical arguments why that escalation will not occur, however. The Islamic Republic's factions, from Khamenei to the Revolutionary Guards, know that head-on confrontation with the US could be suicidal. American forces in a conflict that is far from straightforward is not a vote winner either for Trump's 2020 re-election campaign. With the possible exceptions of Israel's Prime Minister Benjamin Netanyahu, Saudi Arabian Crown Prince Mohammad bin Salman, and UAE Crown Prince Mohammed bin Zayed, almost every international actor - the UN, the European Union, China, Russia, the Organisation of Islamic Countries - will be opposed to war.

As Ilan Goldenberg of the Center for a New American Security summarised: "Nobody wants a war." Probably. But some officials in Washington may not be averse to a war that happens to come along. The title of Bolton's last major opinion article in the Wall Street Journal before joining the Trump administration in April 2018 was: "The legal case for striking North Korea first."