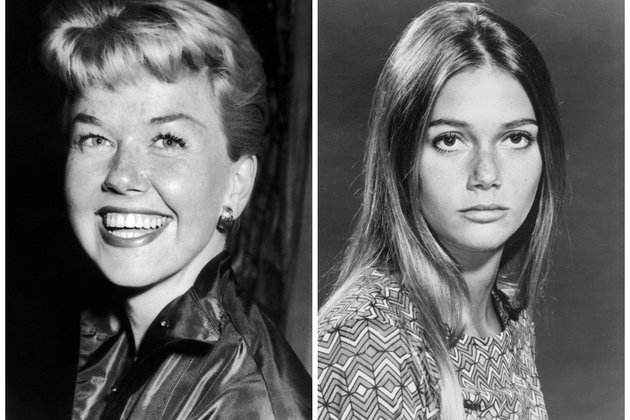 Within the space of two days, we saw the passing of two icons of white femininity: Doris Day and Peggy Lipton. While these two Hollywood actors occupy opposite sides of the American postwar sexual revolution, their deaths in the same week provoke some reflection on the sexual and racial politics that persist in popular culture.

"White femininity" is a convoluted concept that reinforces society's racist and sexist biases by the way it represents desirable but unattainable white woman. Marilyn Monroe is an icon of white femininity, as is Princess Diana. Examining the cultural significance of such women can help untangle the ugly persistence of this ideology in its contemporary form.

Doris Day, the better known of the two actors, was known as "perpetually virginal and hopelessly unhip," as film scholar Dennis Bingham put it. Yet, she was the queen of early '60s sex comedies, coyly flirtatious films filled with sexual innuendo and double entendres. The most famous of these, Pillow Talk (1959), the first of three that co-starred Rock Hudson, established her persona as an independent and successful career woman, as comfortable in the board room as she was in jazz clubs. Just don't try to manoeuvre her into the bedroom.

Day herself mocked her caricature-ish virginity in her 1976 autobiography, but the image stuck. Dwight MacDonald, writing in Esquire in 1962 called her "as wholesome as a bowl of cornflakes and about as sexy." He drew attention to her blonde perkiness as the "standard American (female) face, speaking in terms of aspirations rather than of realities." That kind of puritanical sexiness promised both purity and promiscuity in equal measure.

In a still deeply segregated Hollywood imaginary, the purity was represented by a woman's fair, Nordic features. The promiscuity was hinted at by placing the dazzlingly white woman in underground, urban cultures. Indeed, it's at a basement jazz club that Rock Hudson begins to truly fall for Doris Day as she sings "Roly Poly" with an African-American singer, Perry Blackwell.

Richard Dyer unpacked this contradictory impulse in his landmark book, White (1997). Whiteness is the condition of being simultaneously "everything and nothing," of holding complete representational power while appearing unremarkable. It was not only a hallmark of racial purity but also of sexual purity - especially for women. At a time when American popular culture still cautioned women to remain chaste, it also revelled in the possibility of ripping away the vestiges of heteronormative domesticity to expose a nation's sexual frustration.

Of course, ultimately satisfying those desires was only possible for men. Women who "gave in" became instantly undesirable, spoiled for any kind of long-term commitment. They not only betrayed their gender, but also their race. How could whiteness be superior if white people were susceptible to the lustfulness they imagined poisoning other races?

While a white man could temporarily escape such sexual-racial restrictions by preying upon non-white women, a white woman having sex with anyone of any race was the ultimate betrayal of whiteness because their purity was forever sullied and, in the eugenical attitudes that still prevailed, it was feared that corruption could be passed down to their children.

If all this sounds confusing, it's because racism usually is. The convoluted logic necessary to assert inherent social hierarchies can only be unpacked if we accept their roots in not just illogical, but more importantly, dangerous and violent assumptions.

That's why women cross these boundaries at their peril. Peggy Lipton was among the boldest, and deserves to be remembered for being as important as Doris Day in her time.

Although Lipton was from a New York Jewish family, she typified the kind of "Topanga Canyon hippie" that replaced the urbane smoothness of Doris Day as the standard American female face. A lithe, whispy flower child-woman with long straight blonde hair and endless legs, Lipton first made her mark in modeling before being cast as Julie Barnes in the counter-cultural crime series The Mod Squad in 1968.

Tackling moral panics over youth, sex, race and feminism all at once, The Mod Squad featured stories on abortion, anti-war protests, Black militancy and other urgent social issues. Lipton played a runaway teen whose mother sold sex, now part of a trio of undercover police officers infiltrating the seedier elements of the counter-culture.

Its campiness, especially from today's vantage point, muted much of its political threat, but the show nonetheless helped break both the colour barrier as well as offer one of the earliest role models for an independent and decidedly not-innocent woman lead character. It earned six Emmy nominations and four Golden Globe nominations. Its only win was a Golden Globe for Lipton as Best Actress.

The show was cancelled in 1973 and one year later Lipton shocked the tabloids by marrying record producer Quincy Jones. Interracial marriages were still not accepted by many and, coming on the heels of her break-out role, Lipton was reluctantly front-and-centre in a culture grappling with escalating racist violence.

Lipton wrote candidly in her autobiography, Breathing Out, that "prejudice and jealousy were hurdles we confronted daily." She and Jones would be stopped frequently by police who assumed Lipton was a sex worker, forced into the car by Jones. Even her mother tried to break up the relationship, only stopping when Lipton threatened to cut ties.

Soon after their marriage, Lipton retreated from her acting career to raise two daughters (Kidada and Rashida Jones), occasionally singing, and only acting again in the 90s after an amicable divorce. For the most part, she played no public role in the fight against racism, living her truth privately. Still, the impact of a stereotypical "Golden Girl" openly defying sexual and racial conventions was undeniable.

Maybe some of us would like to think that those days of racial and sexual hypocrisy are over, but current outrage over discrimination and abuse in Hollywood prove otherwise. It takes courage and audacity to take on a culture that continues to insist on white masculinity's mastery over gender and race - and blames women and people of colour for its failures.

With the rise of both white supremacy and incel movements, and their links to online fan cultures that see both Captain Marvel and Black Panther as signs of the apocalypse, we cannot risk nostalgia for the era that cemented such attitudes in our popular culture. But we can appreciate some of the public figures who challenged their own stereotypes.

The deaths of Doris Day and Peggy Lipton are a stark reminder of how long the pernicious ideology of white femininity has been with us, and how some of those icons tried in small but significant ways to defy them.