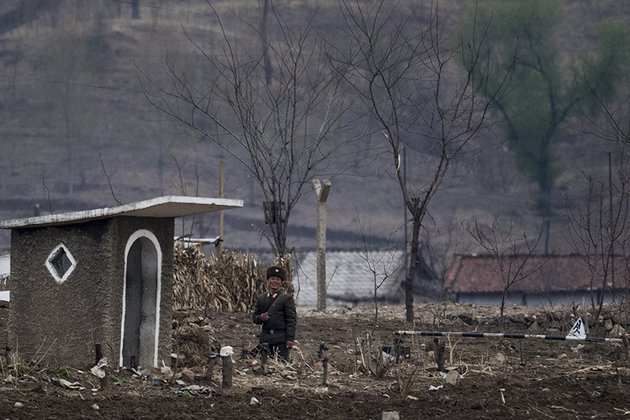 Human Rights Watch (HRW) Tuesday urged China not to forcibly deport seven North Koreans currently in detention in Liaoning province, saying that if repatriated, the seven would face threats to their life or freedom.

The remarks were made in a statement by the New York-based NGO that said China should grant asylum to the group, which includes a 10-year-old girl, and allow them to travel safely to a third country.

"China should not send these seven people back to North Korea where they face torture, sexual violence, forced labor, and other horrors," said Phil Robertson, deputy Asia director at Human Rights Watch.

"Beijing should immediately allow them to travel to a third country."

The seven were arrested on April 28 while hiding out just outside Shenyang in Liaoning Province.

North Koreans who escape the isolated state typically face harsh punishments if they are sent back. Penalties including incarceration are not reserved for the defectors themselves; often their family members are also punished.

According to HRW China is legally bound to help the seven, as it is a party to the 1951 Refugee Convention and its 1967 Protocol, and the 1984 Convention against Torture. Those statutes require that signatories agree not to forcibly repatriate those who would be persecuted or tortured if returned.

The statement highlighted previous incidents of forced repatriation from China in which the returnees were sent to prison camps for leaving the country, which is a criminal offense in North Korea.

The NGO said that a former senior official in the North Korean state security service who had been assigned to deal with North Koreans who were forcibly returned from China told HRW that every returnee was tortured for information regarding their network of contacts outside of North Korea.

The prospect of what awaits forced returnees has even caused some detained North Koreans in China to commit suicide once they learn their fate.

"North Koreans who leave their country are caught in a horrendous cycle of physical and psychological violence, and I received information that some take their own lives when they find out that they are scheduled for repatriation," said Tomas Ojea Quintana, the U.N. special rapporteur on human rights in North Korea in 2017.

But according to HRW, Beijing honors a 1986 bilateral border pact with Pyongyang that calls North Korean refugees caught in China "economic migrants" and mandates their repatriation.

"China should end its complicity with North Korean rights violations by ending the practice of forcing back fleeing North Koreans," Robertson said in the HRW statement.

"China should protect these seven North Koreans, both complying with its international obligations and sending Pyongyang a message that it won't ignore North Korea's abuses," he added.