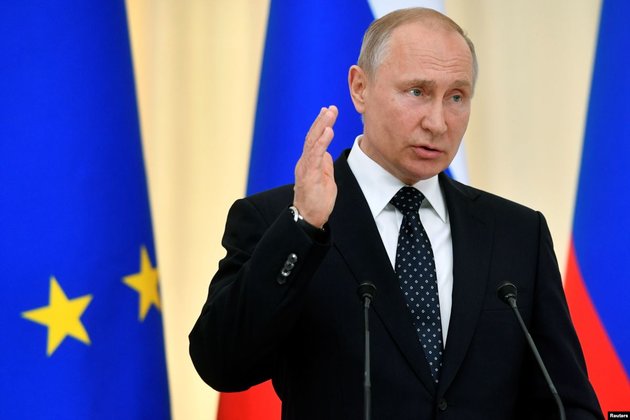 Russian President Vladimir Putin has said Iran should stay in the nuclear agreement and should not take the first step to withdraw.

Speaking at a press conference with Austrian President Alexander Van der Bellen on Wednesday, May 15, Putin said if Iran takes the first step to leave the Joint Comprehensive Plan of Action (JCPOA), everyone will blame it for the collapse of the agreement.

'I have repeatedly said during the talks with our Iranian partners that, to my mind, it would be more expedient for Iran to remain in this agreement at whatever cost,' he said.

'The Americans withdrew,' he added. 'The agreement is being destroyed, and European countries can do nothing to salvage it and cannot really work with Iran to compensate economic losses.'

However, Putin said 'as soon as Iran takes its first reciprocal steps and says that it is leaving, everyone will forget by tomorrow that the U.S. was the initiator of this collapse. Iran will be held responsible, and the global public opinion will be intentionally changed in this direction.'

Russia and China are Iran's diplomatic - and to an extent - economic allies. Russia and Iran also have been military allies in Syria, fighting side by side to help Bashar al-Assad to survive a nationwide insurgency.

U.S. Secretary of State Mike Pompeo met Putin a day earlier. They discussed a host of issues, including topics related to Iran. But it is not clear to what extent there was agreement between them.