U.S. president erroneously talks of tariffs on imports as revenue 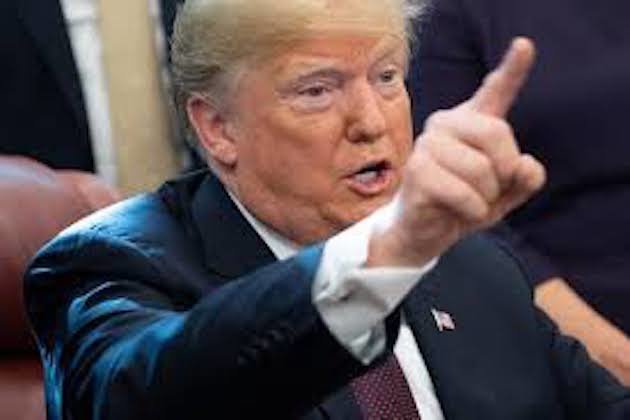 <p>WASHINGTON DC - U.S President Donald Trump has boasted he has China right where he wants them, in relation to ongoing trade talks.</p><p>The president made his sentiments known in a series of tweets on Sunday.</p><p>In one tweet he says: &quot;We are right where we want to be with China. Remember, they broke the deal with us, tried to renegotiate. We will be taking in Tens of Billions of Dollars in Tariffs from China. Buyers of product can make it themselves in the USA (ideal), or buy it from non-Tariffed countries.&quot;</p><p>It should be noted the imposition of tariffs in the order of $200 billion, which came into effect&nbsp;at midnight on Friday, on the president&#39;s orders, will not result in the U.S. &#39;taking in Tens of Billions of Dollars.&#39;</p><p>The tariffs will be applied on imports of Chinese goods, but they will be paid by those importing them, primarily U.S. companies and businesses. If, as it is anticipated, the increased cost of goods is passed on to the companies&#39; and business&#39;&nbsp;customers, then they will be ultimately paid by U.S. consumers. The disadvantage for China will be that importers will have less of an incentive to buy Chinese goods - however the president&#39;s claim it will result in billions of dollars for the U.S. is erroneous at best, or more to the point, misleading.</p><p>In another tweet, Mr Trump said: &quot;We will then spend (match or better) the money that China may no longer be spending with our Great Patriot Farmers (Agriculture), which is a small percentage of total Tariffs received, and distribute the food to starving people in nations around the world! GREAT!&quot;</p><p>The president on the weekend has been spurring China on, advising the country now is the best time to strike a deal. He said he will be less amenable to a deal if it is not struck until &nbsp;his &#39;second term.&#39;</p><p>&nbsp;</p><p>&nbsp;</p>